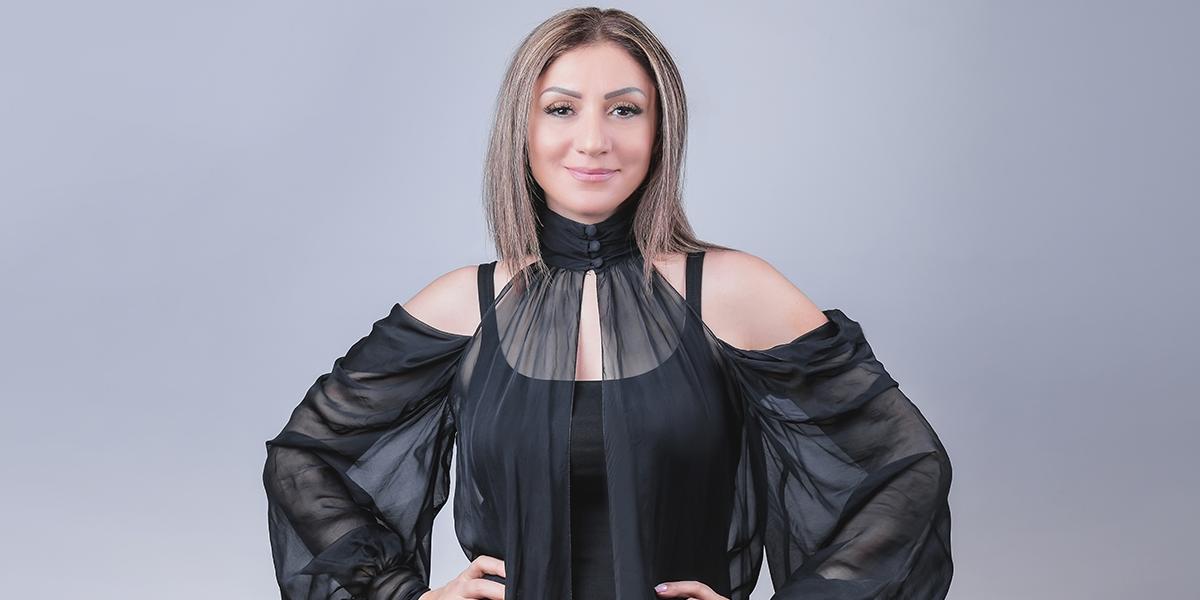 Nune's first television appearance as a solo act was on the "Ayo" television program, a show similar to "Pop Idol". Nune won the highest possible scores from a panel of judges, retained the title of "top female vocalist" for the entire length of the television season and quickly became a household name in Armenia.

Nune recorded her first album of traditional Armenian songs in 1991. It was produced by Garbis Titizian and Prime Entertainment. Arthur Hagopian, who was part of Nune's first amateur band, arranged the album using modern instruments and contemporary arrangements. The music video for her rendition of the folks song "Kele Lao" was an immediate hit in the Armenia Diaspora and a regular staple of the US-based Armenian television station, Horizon (TV).

In an interview, Nune said "I was jealous" in English in an interview before her concert here, occasionally turning to an interpreter for assistance. "That's when I decided to do something the young people will sing and remember the words. I wanted to work with Armenian folk songs, rearrange them and make them appealing to young people".

In 1991 and 1992, Nune was invited by her former teacher, Arthur Grigorian, to perform in shows he produced. Her appearances on television with Grigorian's group were a hit, and the group's concerts were always sold out.

After the fall of the Soviet Union, harsh economic conditions in Armenia forced Nune to seek employment opportunities abroad. Her ability to sing in many languages and in various styles won her contracts at 5 Star hotels in the Middle East. During her concerts and small-venue shows, Nune sang contemporary hits, pop and jazz standards and songs in English, Arabic, French and Armenian.

Upon her return to Armenia in 1997, Nune partnered again with Prime Entertainment in an effort to distribute her CDs internationally. Executive Producer Garbis Titizian arranged for the release of Nune's first CD and the recording and distribution of her second album, World.

In 1998, Nune formed her own band, which continues to work with her today. Together with her musicians, Nune took her band on the road throughout Armenia, performing benefit concerts for the Armenia Fund, an organization which fund the development of Armenia's infrastructure. Her musical range has expanded from singing traditional Armenian folk songs to include singing new songs written specially for her.

Nune's North American debut took place at the Pasadena Civic Center Auditorium in Southern California. Because of her hit music videos and popular CDs, Nune sold out her first concert in the US and enjoyed unexpected and unprecedented attention during her appearances at Armenian schools and record stores.

Her concert in honor of those who lost their lives during the terror attacks on September 11, 2001, was attended by nearly eight thousand people and mentioned on the CNN "World Report" and the Mir and Associated Press television news services.

Nune's most notable concert venues have included the Hamaleer Sport Complex in Armenia, the Universal Amphitheatre in Los Angeles, the Kodak Theater in Hollywood and the Lincoln Center in New York City. She has also appeared in concert with famed Armenian-Persian singer Andy and French idol Patrick Fiori. Her largest audiences to date was at a charity concert she performed at the Cascade in Yerevan. The open-air concert attracted more than 35,000 fans.